Apparently I was the only person to solve this challenge, which genuinely surprised me - It really isn't that hard! But since I was the only solver, I guess I have to do a writeup now... 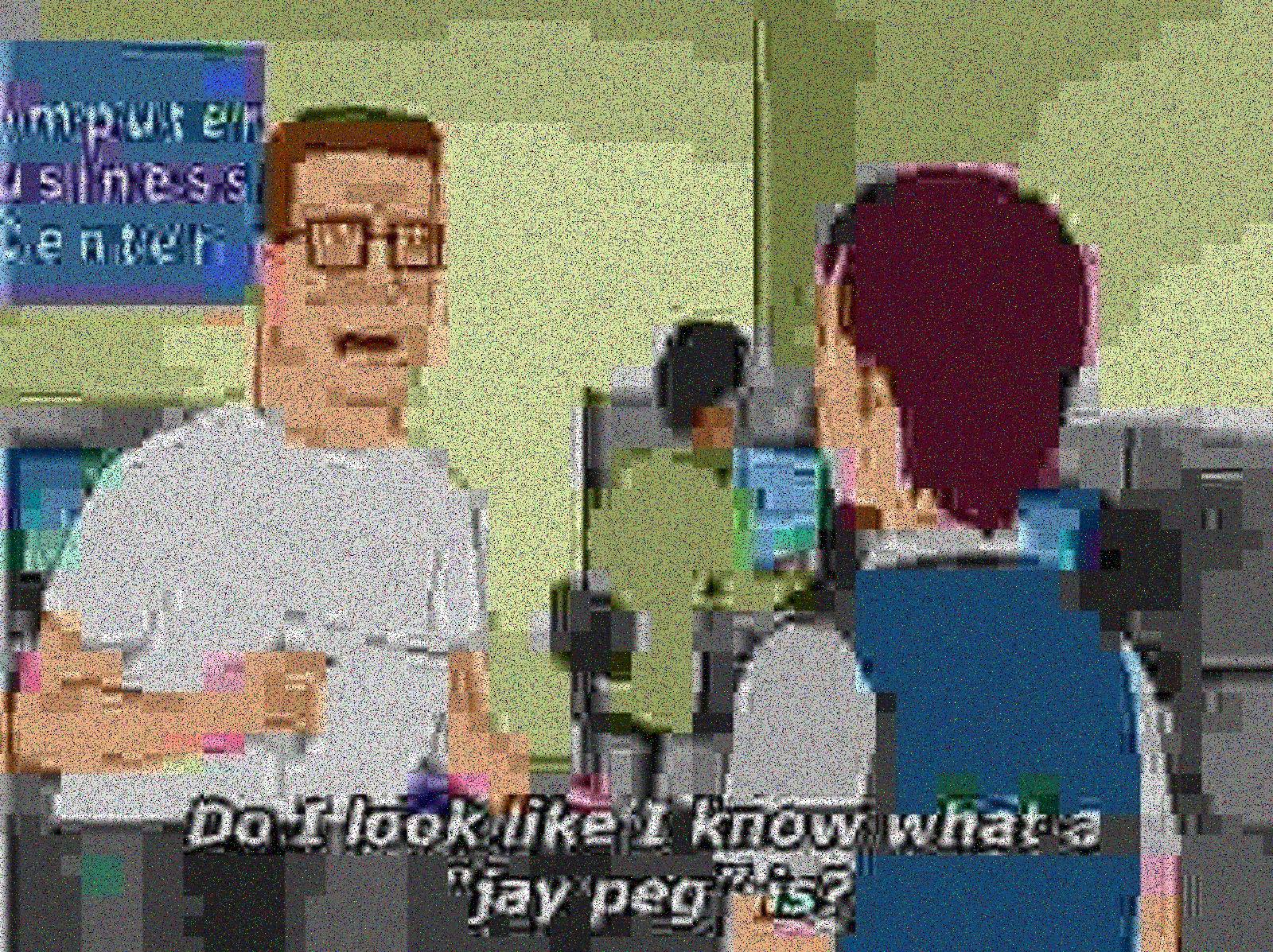 Note, this is a lossy version because the actual file is huge

An obvious reference to https://www.youtube.com/watch?v=QEzhxP-pdos

Well, I know what a jpeg is, and the first thing I noticed is that this isn't actually a jpeg:

I had a look at the different colour channels with stegsolve, but nothing really stood out - there was a lot of noise on all the channels. However, I noticed that the LSB of the alpha channel was noisy too, whereas the higher order bits were always set. Clearly, there's something going on with the LSBs here...

First, I converted the png to a raw RGBA bitmap, for easier processing with python:

Then, with the hint in mind, I wrote this simple python script to calculate the parity bit of the LSBs for each pixel, and write them to a file:

This resulted in a zip, file, which I extracted:

This resulted in a file called mod.iqm. After a bit of googling, I found a tool for viewing IQM files: http://www.moddb.com/mods/r-reinhard/addons/iqebrowser-v110

This is what I saw:

And that was all!